I thought I would share one of my dog portrait commissions, drawn in graphite pencil, and the process of choosing the BEST photo to work from.

Mitsy the Jack Russell Terrier lives on a farm in Bedfordshire, UK, and I was asked to draw her as a Christmas present for the owner, by his partner Georgina. 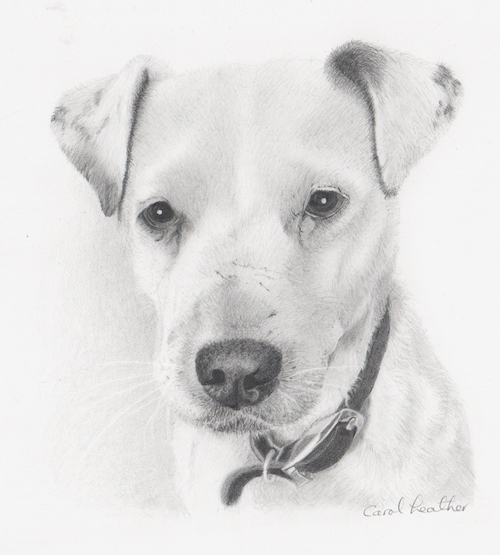 Choosing the best photo for a dog portrait

A number of photographs were e-mailed to me, and between us we chose the  one that would make the best drawing. We eventually settled on the photo below, as it showed both of  Mitsy's eyes. The dog was also looking at the photographer and would therefore appear to make eye contact with anyone viewing the portrait. 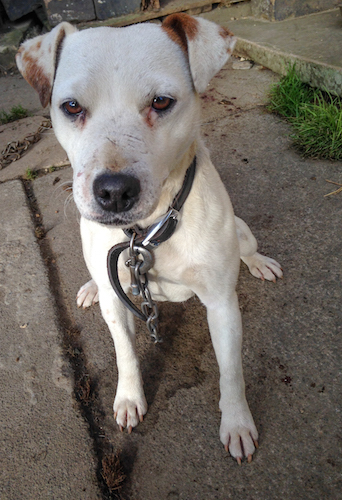 The other photographs sent, included those below. As is typical of many pet photos, the photographer was standing and looking down at the dog. This made the perspective a little "off". If possible, it is always best to either kneel or bend down, so that you are on the same level as the dog.

As this commission was for Mitsy's head only, it was not going to be too much of a problem on this occasion.

Going beyond the photograph

Georgina asked me not to include the chain attached to the dog's collar. She explained that if the dog had not been restrained for the photo session she would have only been able to present a picture of her tail disappearing into the distance. Having a Jack Russell Terrier myself, I totally understood the problem.

She also didn't want the background from the photo in the drawing. Although this shortened the drawing time, it involved some carefully placed shading "outside" the dog's head, so that the white edges showed against the white paper.

The photo was wonderful to work from, as it was clear, sharp and well exposed, with plenty of detail in the white areas. Often photos of white animals can be burnt out, meaning there is no detail in the whites. Sometimes these can be rescued in Photoshop, but if there is nothing there at all, it is difficult to produce a good portrait.

Of course you can't actually draw "white" with a gray pencil, so it was a case of drawing the shadows between the hairs, which helped to model the form of the bone and muscle structure below the fur.

Mitsy's dark eyes and nose, along with the collar provided the needed contrast to give a successful portrait.

Georgina, and her partner were delighted with the drawing, exclaiming "That is Mitsy, not just ANY white Jack Russell."

If you would be interested in a portrait of your own pet, why not use the Contact page to drop me a line and we can discuss your requirements. 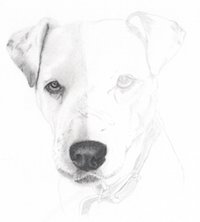 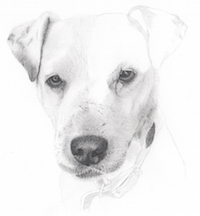 The next stage of Mitsy's portrait 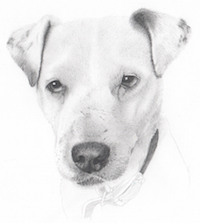